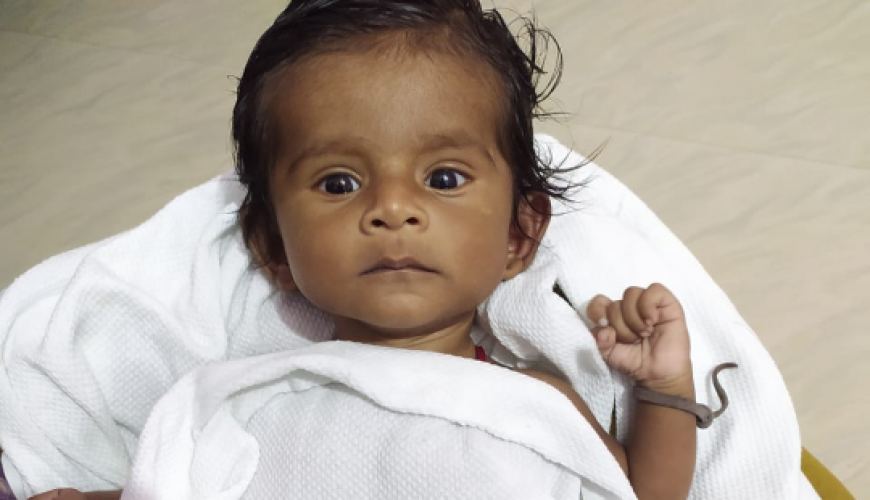 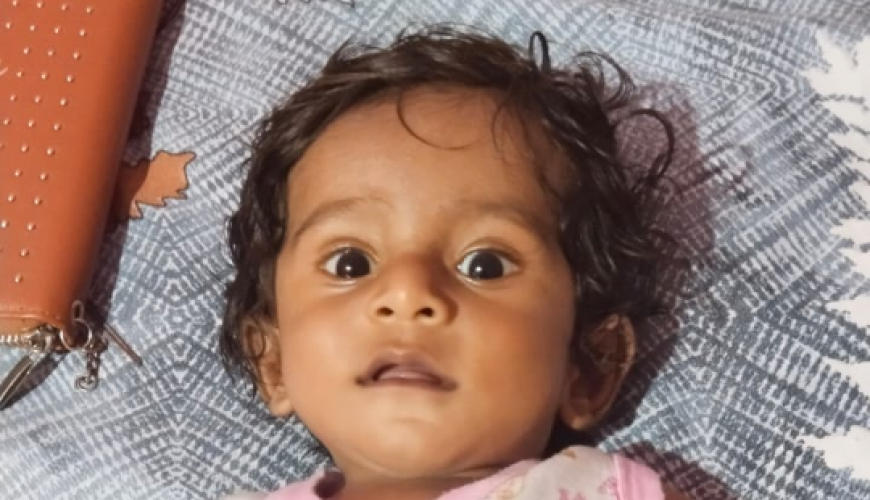 Baby Shastik is 6 months old.  He has had health issues since he was 15 days old and the doctors declared he had a vital heart problem but they could wait till he was six months for his surgery.

Satish Kumar and Nivetha, Shastik's parents, are from Dharmapuri.  They have married within the family. Satish Kumar works in building construction. Sashtik is their first born after two years of their marriage. Soon after being discharged after his birth, the mother was alarmed when he was choking and suffering from intense heart beat.  Shastik was diagnosed with a heart problem on the 15th day after birth and the parents have been very anxious – being in and out of hospital for his treatment.

As mentioned, it is six months now and time for his surgery.  But he has to gain a little weight in order to go through this procedure.

In our recent camp to Dharmapuri, our doctors examined Shastik – referred from The Government Hospital.

The parents are really unable to afford this surgery and request the philanthropists, well wishers and anyone who can help to contribute towards their baby’s good health and well being.

enter your email or phone number to retrieve your password